A Strangely Effective Morning Ritual: the art of feeling awesome in the morning

They say first impressions are everything, and what could be more important than your first impression everyday? Each day starts a new journey, how can you expect success without the proper preparation? 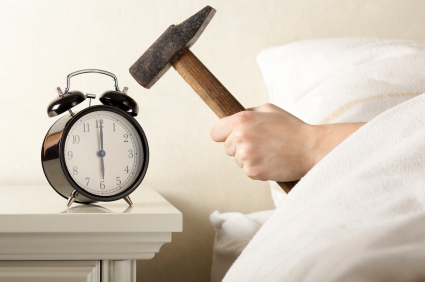 Your first step in this strange ritual

If you are like most people, you are wasting hours everyday due to lack of structure and planning.

It's not just wasted resources, but also increased stress and less success.

Follow this morning routine and you'll solve at least 50% of your problems.

I'm not a morning person

I hear this every day, yet evolutionarily and biologically we're all morning people. Humans are day creatures. We thrive when it's bright and hide out when it's dark.

Think how hard is it to navigate your bedroom at 3am with the light off, then imagine trying to hunt or forage in those circumstances.

Why, in the world of electric lights and 24 hour hypermarkets does any of this matter? Because we're hard wired that way.

So being a morning person isn't something that you become, but revert to.

The main cause of being a 'night owl' is going to bed late either by choice or insomnia. Both which can be remedied by following this bed time routine. When you wake up from that nice refreshing sleep that the bedtime routine brought about, here's how you start the day right.

The 4 Components of my morning ritual

This is how I structure my morning. How did I arrive at that? Through research, experimentation and experience.

My goal is to get out of bed as soon as possible and start being productive. Productive here doesn't have to mean to work, but just having the ability to do whatever it is you want yourself to be doing.

This structure is not set in stone. Some people do better eating before exercise. Others choose a light activity that doesn't need refueling. Experiment, keep an open mind and do what works for you. But the more you struggle to get the routine going the more it helps to just stick to the original form. Once you have the basics down, you can work on improving it. 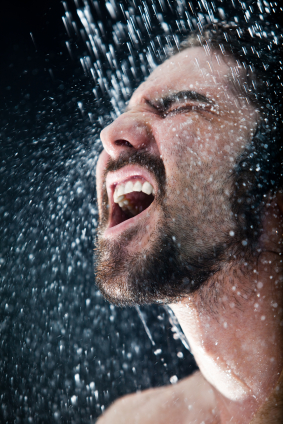 Feel that cold shower dumping adrenaline in your system.

The main purpose of showering right after I wake up isn't really for hygiene - since I'm usually exercising shortly after, following that with another shower. Really, it helps me wake up and prepare me for the day ahead.

The reason the shower works so well is that bathing is a pretty ingrained means of marking a transition from one state to another. It's ok if it's not your thing to get baptised every morning; think of simply showering as the conclusion of a workout or a shower that takes you from your slothful pjs into your sharp outfit for tonight's date.

So the shower becomes a psychological trigger that says "The night is over and the day has started".

It's also the fastest and easiest to do on our sequential list, requiring little in the way of decision-making or willpower. And once you've completed your first successful To-Do item, running down the rest of the list is about momentum, not starting from scratch.

I recommend finishing your hot shower by ramping up the cold water. Keep making the water colder until it's intolerable. It's not fun at first, but your eyes will open wider than you thought possible at 6am and you will feel like you had 3 cups of coffee. 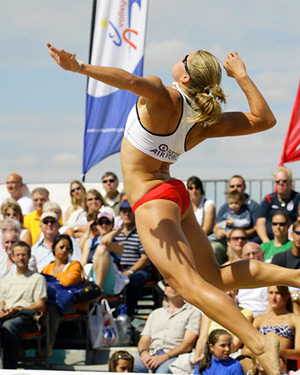 As we're seeing, the point of the morning routine is to get you going. And what could be more invigorating than some exercise activity?

Exercise and activity will further release stimulating hormones, such as adrenaline, that will open up your fat and sugar stores and release energy into your blood stream. They will act to speed up your metabolism, sharpen your senses and build your focus.

One thing to note is that hormones, once released, tend to have lingering effects. The same way that a cup of coffee keeps working for several hours after you've stopped drinking it, exercise, too, had a long 'half-life'. This is also why it's important to do it in the morning so you can get the benefits all day.

“Those who had exercised during the preceding month but not on the day of testing generally did better on the memory test than those who had been sedentary, but did not perform nearly as well as those who had worked out that morning.”

Don't over think it. Any exercise or activity will do. Here are some different things to try. Start with just one:

Again, just pick one. What type of activity isn't nearly as important as just the fact that you do some. You need consistency before intensity, laying a foundation before building up. 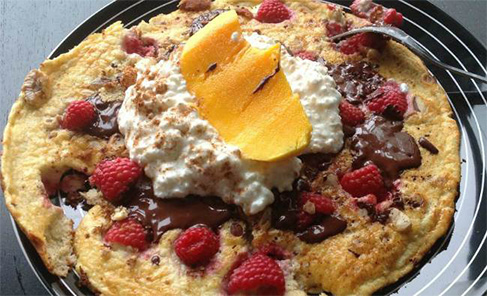 Now it's time to feed those hungry muscles. When muscles are activated, they become more sensitive to insulin and therefore improve in their capacity to draw in sugar from the blood stream. This will help you not be diabetic, but will also increase your energy stores in muscle and even brain.

This will also mean that your body will tolerate sugar and carbs better, so you get more out of your diet. Here are the four things put together an ideal breakfast:

Aiming around 500 calories for breakfast works well for most people. So lets put that together:

This is the pinnacle and conclusion of your morning routine, the place where it segues helpfully into the rest of your day. You will be at your most energetic, creative and motivated state. And you want to use that as productively as possible. For me this is the perfect time for writing articles like these, working on big projects that involve lots of problem solving and creative thinking.

Note that this section is titled creation, not consumption. That means no email, twitter, RSS, news, TV, newspapers, magazines, or instant messaging.

The energy needs for creation are a lot higher than those required for consumption, so save that for later in the day when you are a bit depleted and ready to wind down. I prefer to do all my reading in the evening.

Structure is important, but being too rigid just sets you up for a breakdown. Just like a well-engineered building can sway along with an earthquake, you need to be able to interact with events as they occur rather than getting broken up when things don't go as planned. Being flexible doesn't mean being lazy or making excuses, it's about being pragmatic and effective in the face of reality.

@swoleclient Be open to what my family needs for that morning, pause, regroup and then do that. :) Mine can't be set in stone these days.

The time and energy I put into shaping my morning routine has been one of the best investments I've made. I've gotten hours of extra energy-filled time back, that I can now dedicate for my family, work and hobbies.